One of the family items I now treasure which originally belonged to my grandparents is an old Collins’ Atlas they purchased at some point during the Second World War 1939-1945.

My grandparents, Fred Richardson & Irene Jowett married in Nottingham in 1939, and spent their honeymoon on Jersey in the Channel Islands. ( I remember them mentioning seeing Amy Johnson land her plane at the Jersey airport.)  This was possibly the furthest they would have travelled at this time; from what I have seen of their early photos, they were most used to spending their holidays in Skegness, the closest seaside resort to Nottingham.

So when my grandfather joined the Royal Navy in November 1941 he realised he would be travelling great distances from his wife & daughter.  Although Fred was in the Royal Navy, after his training he was seconded to DEMS, or ‘Defensively Equipped Merchant Ships’ and travelled with the convoys of shipping, manning their guns.

Ship’s crews were not allowed to mention their position in any letters home for security reasons and so to get round this Fred bought two copies of the Collins Atlas, taking one with him on his travels & leaving one at home with Irene.  He could then give her a page number & reference in a letter and she could work out roughly where he was or where he may be heading. 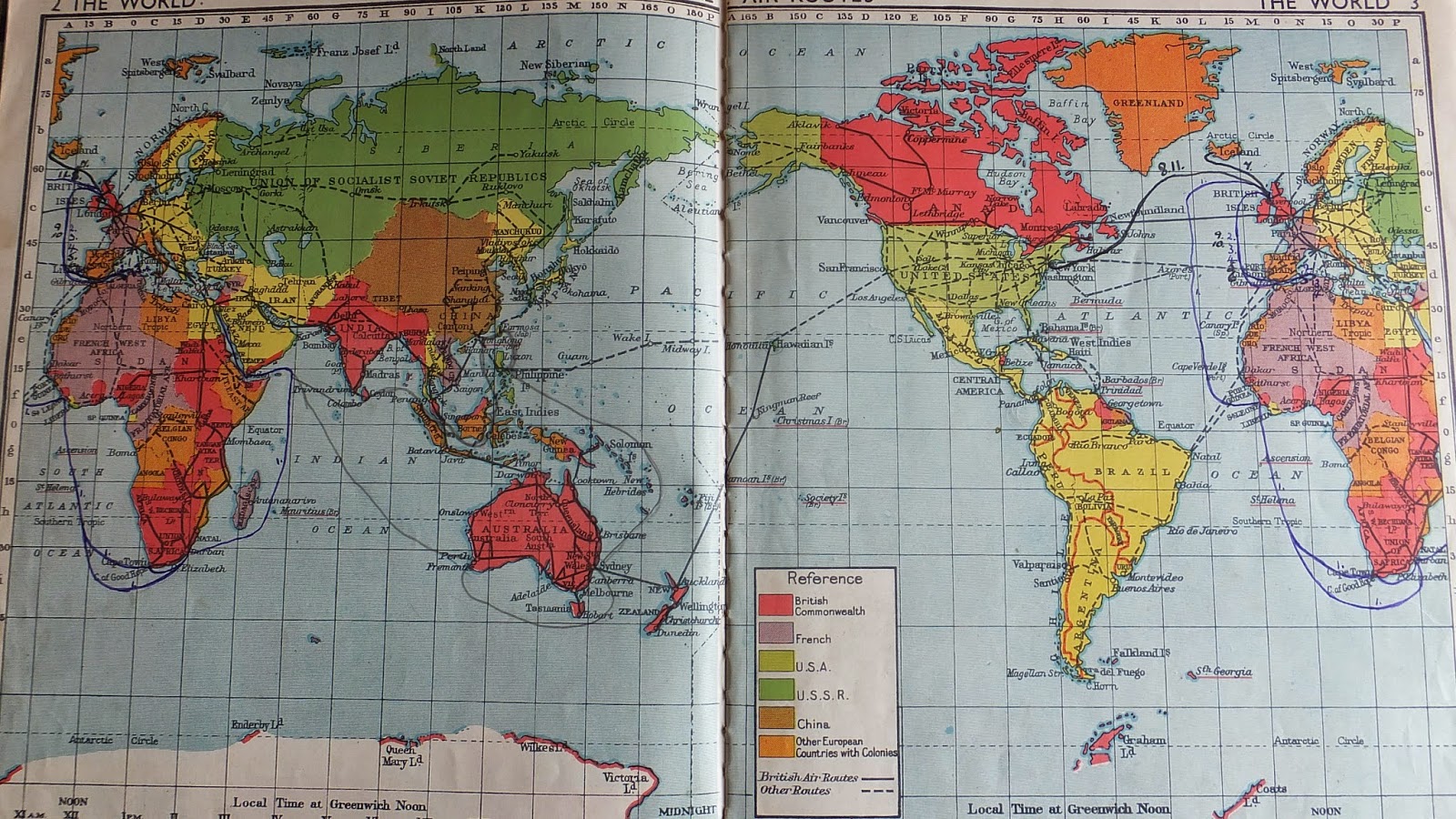 Once safely home, after the war, Fred marked and numbered all his voyages on the Atlas, so it’s possible, with his service record, to work out how and where he spent his time in the Navy during the war.

So despite its battered appearance and the fact that it is decades out of date, I am very happy to have this in my care.

This site uses Akismet to reduce spam. Learn how your comment data is processed.

A member of GeneaBloggers TRIBE